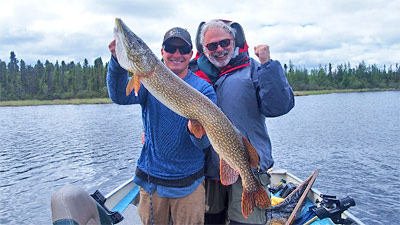 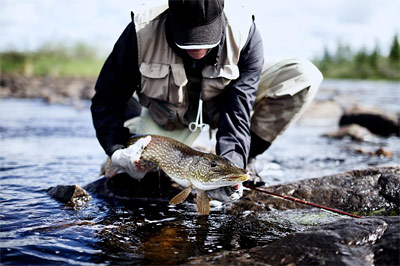 Later in the season Northern Pike fishing will concentrate in the jungles of tall "cabbage" that provide excellent cover in six to twelve feet of water. Casting and trolling big crank baits is an effective means of getting these awesome predators on the line.

If there's anything more exciting than seeing a large Northern Pike push a six inch wake towards your lure, let us know. In the meantime bring your camera and plenty of heavy duty line and experience real trophy Northern Pike fishing at Kasba Lake Lodge.